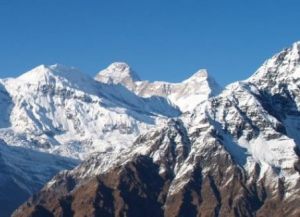 Voicing concern at how the operations pertaining to rescue and recovery were handled, the Indian Mountaineering Foundation (IMF) informed today that it has sought permission for a ground expedition to the Traill Pass area via Pindari glacier side, to retrieve the bodies sighted earlier during helicopter sorties. There is a window spanning about a fortnight, for this, before the monsoon arrives.

The Indian Mountaineering Foundation (IMF) has sought permission from the district magistrates of Pithoragarh and Bageshwar in Uttarakhand, to launch its own expedition to retrieve the bodies sighted near Peak 6477 following eight mountaineers on a climbing trip to Nanda Devi East reported missing end-May with search operations launched thereafter.

The required permission is awaited, IMF said in a statement today. It pointed out that a window of 15-20 days is available before the monsoon sets in. At the time of writing, parts of Kerala – where the monsoon hits first – had already begun experiencing rainfall. This year’s monsoon has set in late.

Unlike search operations based out of Pithoragarh and Munsyari so far, the IMF expedition seeks to reach the accident spot from the Pindari glacier side. This is because Peak 6477 is close to Nanda Khat and the Traill Pass area. Interestingly, just as the area around Traill Pass has been described as a tri-junction of sorts with two sweeps of the Nanda Devi sanctuary wall and the ridge hosting Nanda Kot and Changuch converging there, the whole region along with the Nanda Devi massif is also the meeting point of three districts – Chamoli, Bageshwar and Pithoragarh.  The dividing line between Pithoragarh and Bageshwar is the Nanda Kot-Changuch mountain wall; it puts the Pindari valley in Bageshwar and Johar on the other side in Pithoragarh.

The expedition led by British climber Martin Moran (the missing eight climbers belong to it) had approached Nanda Devi East from Johar. However given Peak 6477 is near Nanda Khat and the Traill Pass area, mountaineers familiar with the topography had suspected a few days ago itself that the bodies may be closer to Bageshwar’s side of the line.  Traill Pass is usually accessed from the Pindari valley.

It was in end-May that authorities were alerted about eight climbers from Moran Mountain’s 12-member expedition to Nanda Devi East, gone missing with fears of them having met with avalanche near Peak 6477, an unclimbed high point they elected to try. The remaining four members were airlifted to Pithoragarh after search operations commenced and they helped subsequently direct the search operation towards the relevant area. It was thus that five bodies were sighted.  Despite acclimatized civilian climbers and IMF officials gathered at Pithoragarh, the district administration opted to keep the search team restricted to paramilitary and state disaster response force personnel. As it turned out, later attempts to have a helicopter land near the accident spot failed owing to adverse weather while the paramilitary personnel, it was reported, would need acclimatizing before moving to altitude. In its statement today the IMF, which is the nodal agency for climbing and mountaineering in India expressed its worry over how the operations have been handled. “ The IMF is deeply concerned about the manner in which the rescue and recovery is being organized by the district administration,’’ the statement said.

Giving an account of its position, the agency said: On Friday, 31st May, IMF was informed by the tour operator about the situation and IMF immediately requested DM Pithoragarh to initiate search operation. On 1st June our team of expert mountaineers who had come back from climbing up to 5500 M in the surrounding area and were fully acclimatized were deputed. They reached Pithoragarh and reported to the DM on the same day. The embassies of the respective countries were also informed vide at the same time. A senior IMF functionary was deputed to co-ordinate and act as the IMF spokesman to communicate with various agencies.

On 2nd June, our team of mountaineers provided inputs to the DM and the IAF crew regarding possible areas of search (on the basis of which) four foreigners (who had carried out the initial search of their team members and were otherwise unharmed and waiting in Base Camp) were brought to Pithoragarh by IAF helicopters. Next day i.e. 3rd June, two of the foreign mountaineers were taken up to the area where the climbers were missing and they brought back photographs which were analyzed and it was found that there were five bodies which could be seen after zooming in. IMF mountaineers were not taken up despite strong request and advice to the district administration.

On 4th June, it is understood that no operation was conducted and despite suggestions from our team and Deputy Leader of the Expedition to involve them in the planning and operations, district administration did not involve the IMF further but kept it on standby. On 5th June IAF helicopter along with ITBP personnel have attempted to retrieve the bodies spotted by the IAF helicopter but was unable to do so because of unfavorable conditions / preparedness.

It was the considered opinion of IMF experts that the location of the bodies spotted is towards the Pindari glacier side and any ground approach from the Nanda Devi East Base Camp would be practically impossible. Therefore it was expedient to launch an expedition from Pindari side on the well charted route and IMF was ready and waiting to launch this expedition immediately. A verbal request for permission to this effect was made to the DM Pithoragarh on 5th June followed up by written applications for permission to the district administrations of Pithoragarh and Bageshwar on 6th June.

Not having heard from the district administration, on 7th June, we followed up with a telephonic request to the Chief Secretary. Our request to the Uttarakhand Government was as follows: “ we wish to convey that IMF is ready to launch a ground expedition from the Pindari glacier side to locate (the bodies) and prepare them for air evacuation (winching). For this we have a team of highly experienced mountaineers standing by to move at short notice. We have requested DM Pithoragarh and DM Bageshwar to obtain / accord permission to launch such an expedition.’’

Earlier in the day, the deputy leader of Moran Mountain’s expedition to Nanda Devi East, Mark Thomas, had also expressed his unhappiness with the local administration for declining expert assistance in the operations to retrieve the bodies.

(The author, Shyam G. Menon, is a freelance journalist based in Mumbai.)