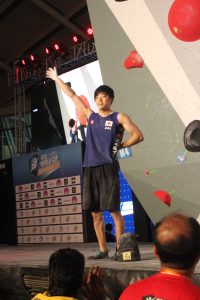 The Japanese secured four of the six podium positions on offer at the 2016 IFSC World Cup in bouldering, in Navi Mumbai on Sunday.  The men’s category was won by Kokoro Fujii of Japan, with second and third positions going to Tomoa Narasaki (Japan) and Alexey Rubtsov (Russia) respectively.  In the women’s segment Miho Nonaka of Japan finished in first place followed by Monika Retschy (Germany) and Akiyo Noguchi (Japan) in that order. Earlier, six athletes each from the men’s and women’s categories made it to the finals. Besides those mentioned in the podium finishes, others in the list of finalists were Rustam Gelmanov (Russia), Jongwon Chon (Korea), Jeremy Bonder (France), Melissa Le Neve (France), Sol Sa (Korea) and Katharina Saulwein (Austria). The semis saw some upsets. Among those who didn’t make it to the finals were Jan Hojer (Germany), Sean McColl (Canada) and Shauna Coxsey (Great Britain).  Being Sunday, there was a sizable audience at the venue and they cheered the climbers through the competition.

Here are a few photos from day two of the recently held World Cup in Navi Mumbai: 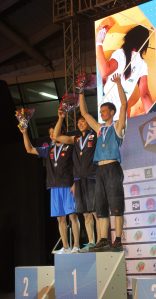 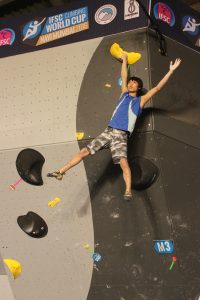 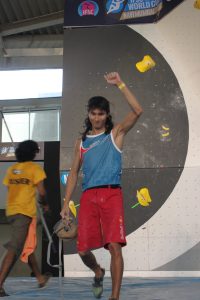 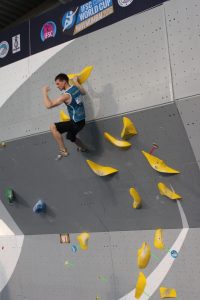 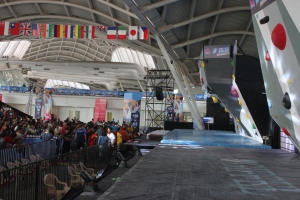 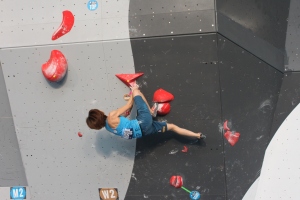 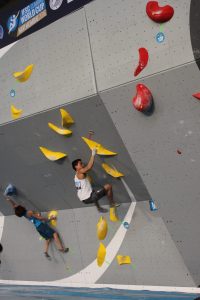 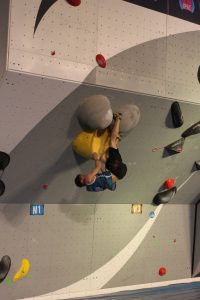 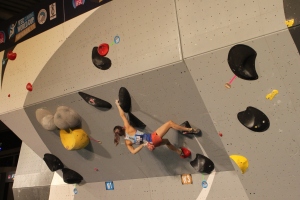 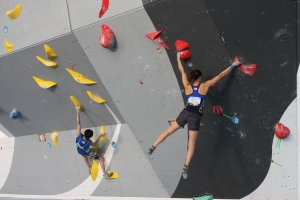 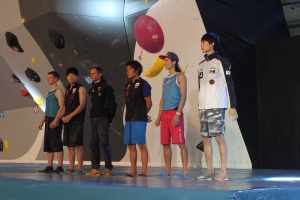 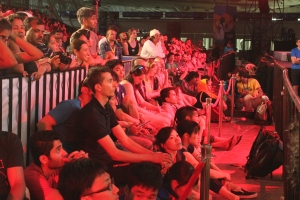 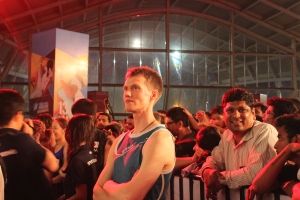 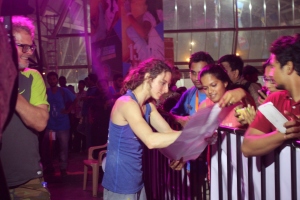 (The author, Shyam G Menon, is a freelance journalist based in Mumbai. All the photos used in this article were taken by him. He would like to thank Pravin Shinde for permitting the use of his camera for the days of the World Cup.)