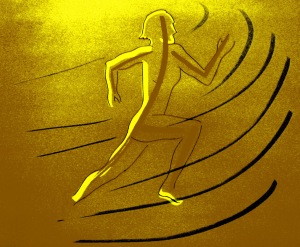 With the restrictions caused by the COVID-19 lockdown easing, running outdoors has picked up. But the number of runners is nowhere near pre-pandemic levels. The absence of running events and the continued ambiance of uncertainty are prompting many to stay away from road running. Coaches feel it is only a matter of time before the reluctant lot too returns to running.

The decision of coaching outfits to offer training online incorporating various workouts that aid general fitness has helped runners immensely. Most of the trainees are in fairly good shape. As they return to the outdoors, they are able to ease well into running primarily because of the extended home workouts popularized by online sessions.

Once running events make their appearance, runners are expected to be back on the road pursuing their passion, coaches said. 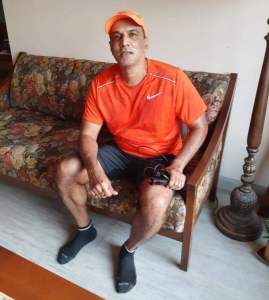 Right through the lockdown, Mumbai-based coach, Daniel Vaz, evolved fitness plans that incorporated a mix of strength and endurance workouts, which he shared regularly through social media platforms.

“ I included a jump-rope workout,” he said. The aim of the jump-rope workout was to bring the sessions closer to running as it activates the Achilles tendon and also engages the cardiovascular system. He had an online following for his workout plans that exceeded his own circle of trainees.

His curated workouts helped runners retain their fitness; it also improved their strength. When they resumed running after a gap, the struggle was manageable. Daniel said that he nevertheless asked runners to exercise caution in terms of mileage and pace. According to him, they should begin with only 60 percent of the ‘run-time’ that they were doing before the lockdown. “ I speak about time because it is not right to recommend mileage,” he said. Focussing on time-based running helps a slow build-up of mileage and pace, he said.

“ Runners who are in touch with me have been told that this is the best time to work on the Maffetone method of training and run at low, comfortable heart rate. In my group I advise them on how to go about this kind of training,” Daniel said. Some who resumed running and gave up, have reverted to home workouts. Some others have decided to stay indoors amidst the continuing risk of pandemic. A number of virtual runs have come up. Not all runners are opting for this option, Daniel said. 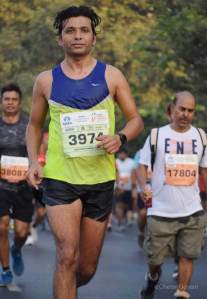 Amid the lockdown induced absence of running, most of the runners training under Dnyaneshwar Tidke at Life Pacers, diligently followed a training plan created by him. The result is that the overall fitness has gone up although endurance levels have dipped through depleted running.

After the initial round of relaxation in nationwide lockdown, Navi Mumbai, where Life Pacers is based, went through a second dose of stringent lockdown forcing runners to retreat indoors for another fortnight. Once restrictions eased, Dnyaneshwar asked them to assess their fitness levels before resuming outdoor activity. “ The prudent approach would be to build up mileage very slowly. In the continued absence of any running events on the horizon, runners can take their time to ramp up training mileage,” Dnyaneshwar said. Improving endurance fitness primarily entails slow and easy running.

Some of his wards brought to his attention the tiredness they felt during initial running sessions. “ It takes a lot of effort to come back to running. Therefore, the progress should be slow,” he emphasized. In the absence of races, the current period should be utilized to build endurance and work on weak areas. “ For those who have access to hills or trails this is the time to run and explore routes,” he said. 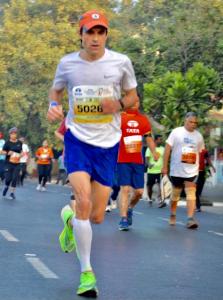 Most runners training under Ashok Nath have resumed their running in a slow and sustained manner. What is unique in this phase is the dimension of gender sensitivity Ashok has brought in. He has decided to rework the training plan of his women trainees to align with their menstrual cycle.

Often, training programmes drawn up by coaches are not differentiated on the basis of gender. Women have traditionally followed a training program that applies to both men and women alike. During the menses period, which may last between three and seven days, the training should be light. This is followed by a follicular phase which lasts for 10 days. “ As oestrogen hormone is high during this period, hard training is possible,” Ashok said.

A woman’s body experiences changes through these phases – menses, follicular phase, ovulation, luteal phase and pre-menstrual syndrome. During the luteal phase, the progesterone hormone shoots up and it can be difficult to do workouts. Ashok has been redesigning his training for women athletes to bring it in sync with this cycle.

Overall, his athletes are in the process of building up the foundation for endurance incorporating long runs along with speed and tempo. Many of Ashok’s trainees have had access to running in some form or the other, through much of the lockdown. The lockdown period also helped runners to enhance their quota of strength training and core workout and improve flexibility.

He also devised training plans that helped runners to focus on issues otherwise shelved in preference of running such as functional strength and joint conditioning. 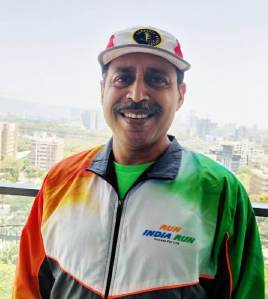 Some of Samson Sequeira’s trainees have returned to running. However several others have chosen to stay off the road because of the rising number of COVID-19 cases.

“ For most of the runners training under me, it is primarily fitness oriented running. I have started with mileage progression only for full marathon runners and those interested in the Comrades Marathon,” Samson said. Given the long absence of running that happened, upon resumption of training, some have been complaining of joint issues and muscular imbalance. “ Those who did indoor workouts diligently are in good shape. But some of those who resorted to running indoors have ended up with ITB and plantar issues,” he said.

According to him, cardio conditioning has to be built up slowly. As the lockdown norms ease, runners are slowly emerging from confined existence to road running. About 25-30 per cent of Samson’s trainees have returned to running. Others are likely to join when the running season picks up. “ Those choosing to run for fitness have come back. But those who look at running as racing will probably return only when running events start happening,’’ Samson said. 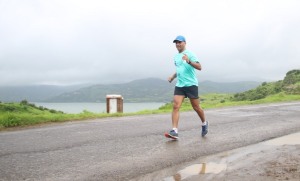 Among marathon training outfits in Mumbai, Striders is one of the biggest. Their trainees have been venturing out for road running but the numbers are yet small, Praful Uchil, said.

“ Of our trainees, only about 20 percent have commenced running. But the number of runners venturing out is slowly increasing,” Praful, founder and director at Striders, said. Through the lockdown period – it started around March 20 – Striders organised online workout sessions to help its trainees focus on fitness while staying indoors. “ Runners are advised to run for half hour to 45 minutes when they commence running. Now some of our runners have ramped up to one and a half hours of running,” Praful said.

As traffic on the roads is low compared to normal times, it is comfortable to run during the early morning hours. “ But there is still uncertainty about going all out into road running. One does not know how the pandemic will pan out,” Praful said. The online sessions have helped runners stay fit. They are able to run with ease despite the break of over three months, Praful said.

Currently, his runners are not doing anything more than 10 kilometers. “ But they are able to run quite comfortably. Nobody is complaining of aches and injuries,” he said. The extended home-based workouts have proved to be beneficial for runners as they have learnt to concentrate on exercises other than just running, Vijay said.

A former national marathon champion, Savio D’Souza has his feet firmly on the ground when it comes to a primer for running in days of lockdown relaxed. He advises that runners take it easy and slow these days, for there are no events on the horizon. The important thing is to be fit, which itself is adequate work because the majority of runners would have experienced a drop in baseline fitness from the months of strict lockdown. “ Remember, you cannot store fitness,’’ he said. It is still not very long since lockdown commenced easing, including time allotted for daily exercise. “ I prefer playing it safe,’’ he said. 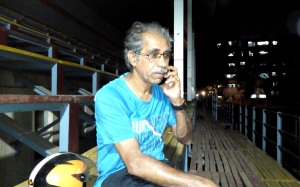 The coach explained the situation with reference to his own trainees. “ Most of them have started coming out, which more than running, is what they wished for. Seeing others from the group after a long time made them feel good. For the first few weeks we encouraged them to do brisk walking. We wanted them to de-stress and feel mentally relaxed. Then we started a routine of walk-jog. Now we do 9-10 kilometers – sometimes less – of slow, easy running. Same time last year, people may have been doing weekend runs of up to 30 kilometers but there is no pressing need for that right now,’’ he said. Asked what the most heard complaints by way of pains and aches were, Savio said that his approach had been to avoid pushing anyone such that they feel those aches and pains in the first place. “ This is not the time to push. You don’t have to. What’s the hurry? There are no events. Instead you should slowly, without risking injury, improve your baseline fitness. When events are finalized they are bound to announce it with sufficient notice because we are all coming from lockdown and relaxed lockdown with no serious training done. Right now, with my group, I believe we may soon reach that point where we should be able to get ready for an event with two months lead time. If we can preserve that fitness doing whatever we are doing, then as and when the need arises, we can revive the old training and countdown to events,’’ he said.

He quantified that sweet spot for his group – the substratum that can be worked on later – as 50 per cent of the journey to good form plus some more. It would be sensible to linger around in that zone till clarity about the overall pandemic situation and races therein, improve. For the same reason, he wasn’t a fan of the virtual runs announced in the June-July period. He felt that was too close to the period when lockdown started relaxing and people were just beginning to train afresh. Juxtaposed on the Indian lockdown calendar, those runs risked injury for want of enough moving around already done.  “ Virtual runs in September-October or later are alright because people have put in some amount of movement and running. I couldn’t agree with the earlier ones,’’ Savio said.