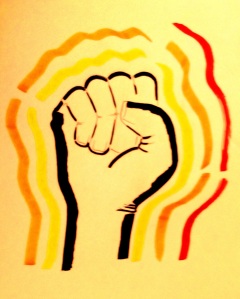 On January 14, 2020, the website of Time magazine carried an article by Melissa Godin listing the instances when athletes brought political protest to the Olympic Games.  The incidents range from support for Irish independence to fists raised in Black Power salute, protest against the erstwhile Soviet Union and declining to compete against Israel as means to highlight the plight of Palestinians. What prompted the compilation was – earlier that month, the International Olympic Committee (IOC) disclosed new guidelines regulating protest by athletes at the 2020 Tokyo Olympic Games.

Rule 50 of the Olympic Charter, which guards the political neutrality of sport and the Olympic Games already deals with this subject.  But it was vague about what constitutes protest. Time magazine noted that the new guidelines, which mention examples of what count as protest, coincide with rising activism among athletes, especially those from the US. In August 2019 two US athletes had been placed under probation for a year after one knelt and the other raised a fist during medal ceremonies at the Pan American Games (they were protesting against gun violence, racial injustice and the recent acts of their country’s president). The report cited the president of the International Olympic Committee (IOC), Thomas Bach, saying that the Olympic Games must never be a platform to advance political or any other divisive ends. He maintained that the political neutrality of the Games is undermined when the occasion is used by organizations and individuals “ as a stage for their own agendas, as legitimate as they may be.’’

At the same time as the magazine article appeared, COVID-19, which would characterize 2020 in a defining way, was only weeks into being reported. It would be another two months before the World Health Organization (WHO) declared it a pandemic and the question of whether the 2020 Olympic Games would be held or not would haunt the IOC. On March 24, the Games were eventually shifted to 2021. On May 25, 2020, George Floyd died as a result of police excess in Minneapolis, USA. It was a horrific incident, one that sparked a wave of protests in the US with reverberations elsewhere. In the mood of protest following Floyd’s death, Bach’s observation from January and Rule 50 of the Olympic Charter attracted attention afresh. Early June, the IOC confirmed to the Daily Telegraph that it stood by Rule 50. Days later, Sebastian Coe, President, World Athletics told the Independent, that he wouldn’t discourage athletes from expressing their views as he felt the current generation is more willing to speak out than previous generations were. “ There is nothing in World Athletics’ Integrity Code of Conduct to prevent athletes from protesting as long as it is done in a respectful manner, considers other athletes and does not damage our sport,’’ Coe was quoted as saying in the report by Lawrence Ostlere. For proper perspective, it must be mentioned here that Coe, a former world record holder and Olympic champion, who also anchored the organization of the 2012 London Olympic Games, has been nominated to the IOC. World Athletics hasn’t had a member on the IOC since 2015. To be admitted, Coe needs to first step down from other private business responsibilities he holds which constitute potential conflict of interest.

Over the last decade or so, the factors that contribute to social justice have taken a beating in many parts of the world. Governments have veered to authoritarianism, there is a general feeling that justice is partial to capital, inequality in wealth distribution has grown and those left out feel marginalized. Simply put – topics for protest are many. So are governments with trumped up public image and skeletons in the cupboard, who will be sensitive to protest. Amid this, 2020 will be remembered as the year of the virus. As COVID-19 swept across a planet devoid of vaccine to combat it, the best solution we had was to break the chain of transmission. Hygiene protocols and physical distancing became primary defence. Above all, it demanded that we accept a cardinal truth – the virus exists. If you don’t accept that it exists then all the hygiene protocols, physical distancing; even the frantic search for a vaccine – they lose relevance. The protests over George Floyd’s death happened because people acknowledged that the problem at its core – the virus causing it – exists. Compared to that, Rule 50 sanitizing Olympic venues of protest is the equivalent of pretending that the world’s problems don’t exist in the first place. Athletes may be elite by virtue of being at the Olympics. But they hail from mainstream society and many of them have experienced firsthand, discrimination based on race, gender, economic and social inequality. How can you pretend that society beyond the stadium doesn’t exist? It is what you come from; it is what you go back to.

To its credit, Rule 50 does not altogether ban protest. A document called Rule 50 Guidelines Developed by the IOC Athletes’ Commission, available on the IOC website, explains the details. According to it, Rule 50 of the Olympic Charter provides a framework to protect the neutrality of sport and the Olympic Games. It states that no kind of demonstration or political, religious or racial propaganda is permitted in any Olympic sites, venues or other areas. “ It is a fundamental principle that sport is neutral and must be separate from political, religious or any other type of interference.  Specifically,  the  focus  for  the  field  of  play  and  related  ceremonies  must  be  on  celebrating athletes’ performance and showcasing sport and its values,’’ the document said. For emphasis, it pointed out that even the head of state of the host country gets to utter only a preset sentence declaring the Games open. Neither they nor any government official is allowed any further comment on any occasion during the Games. Besides no government official can appear in a medal ceremony. “ While respecting local laws, athletes have the opportunity to express their opinions, including:

The problem here – it would seem – is one of comparative mileage. Since protests seek public attention, the proverbial valve on the pressure cooker that Rule 50 provides is only worth its weight in visibility and media coverage. At any Olympic Games, the most watched footage probably relates to the opening and closing ceremonies, the competition at various sport venues and the medal ceremonies. Who watches press conferences and interviews? Only journalists go there and reports filed subsequently are allotted due significance by editors depending on the overall news flow from the larger sport event. Consequently, someone could ask this question and it would seem relevant: what matters more in a stadium – the advertisements of sponsors selling this and that or a black band on an athlete’s arm reminding us of social injustice the world is yet to comprehensively address? It goes to the heart of human existence: what are we alive for? Having said that; it must be mentioned, protesters too need to keep a few things in mind. Just as advertisements become irritating through excess, an overdose of protest can progressively leave us indifferent to calls for social justice. That’s the danger in world by trend and perception management, which is what our times have become. So perhaps there is relevance in leaving sport alone? 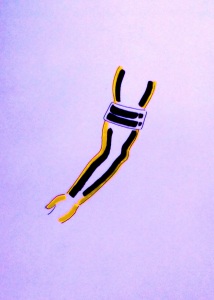 Although rarely said as such, one strong motive for keeping sport free of controversy is that it helps sport events happen by making available a sanitized platform sponsors can support. To be precise, it isn’t total no-no to controversy; it is opportunistic leverage with partiality to clean slate as best bet for sustaining long term. On the other hand, money’s aversion for conscience and its appetite for opportunism catches the goat of anyone with a conscience. Notwithstanding this tussle, fact is, political neutrality has its benefits. Cast so, sport becomes an avenue for engagement among people when other options more easily lost to politics, are exhausted. Neutral sport is an important instrument in humanity’s tool box. It brings us to the question: what if you have a grievance but don’t protest? What if you let your performance in sport, do the talking instead?

Jesse Owens is among the biggest icons of the Olympic Games. He came up the hard way. Although a successful university athlete, he had to live off campus with other African-American athletes. He enjoyed no scholarship and worked part time jobs to pay for his education. On May 25, 1935, at the Big Ten meet in Michigan, he rewrote three world records and equaled another in a span of 45 minutes. Next year he won four gold medals at the Berlin Olympics. The world sat up and took note. However on return home, his life continued to be a struggle. He had difficulty finding work given the social environment of that period. He filed for bankruptcy in 1966, hitting rock bottom before his predicament improved. Despite his personal struggles, he didn’t initially support the protest on the podium at the 1968 Olympics (according to Wikipedia’s page on Jesse Owens, he became more sympathetic of the incident, later); he tried to convince President Jimmy Carter that the US shouldn’t boycott the 1980 Moscow Olympics as sport is politically neutral. Yet eighty four years after the Berlin Olympics, with more sterling performances by athletes to show and more social fissures and inequalities added worldwide, we are left wondering: will Olympic triumph alone suffice to focus the world’s attention on social justice delayed or do we need to sport a black band on prime time as well? How different is 2020 from 1936? Or is it not different at all? If things haven’t changed significantly, what kept it so? Those are the questions. The answers won’t be easy for IOC or anyone, to handle.

On June 14, 2020, Global Athlete – it calls itself “ an athlete-led movement that will inspire and lead positive change in world sport, and collectively address the balance of power between athletes and administrators” – put out a statement claiming that recent statements of the IOC and the International Paralympic Committee (IPC) proposing banning of athletes who take a knee in solidarity with the anti-racism movement, constitutes “ a clear breach of human rights.” The statement which said that the “ collective voice” of athletes had “ pressured the IOC to pivot on its position and now consult with athletes on Rule 50,” also called upon the IOC and IPC to abolish the rule.