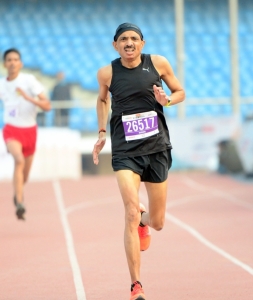 The 2020 edition of Boston Marathon has been cancelled. The marathon, initially slated to be held on April 20, 2020, was postponed to September 14, 2020. With the Boston Mayor cancelling mass participation events due to the COVID-19 pandemic, the organizers had to cancel the marathon and instead opt to hold it as a virtual race, which can be run anytime during the week September 7-14. It was the first time the marathon was being cancelled in its 124 year-old history.

Boston Marathon has stringent entry norms and attracts some of the best amateur marathon runners from around the world. The initial postponement and subsequent cancellation was on expected lines; as warranted by the current global situation. Nevertheless, there is an element of disappointment. A virtual race isn’t the real thing – right? Further, at least some runners – particularly those coming to Boston from developing economies – may have suffered financial loss owing to cancellation of flight and hotel bookings.

This blog spoke to a few runners from India who had registered for the 2020 Boston Marathon:

For Lucknow resident Bajrang Singh, this was to be his first attempt at the Boston Marathon or for that matter, any World Marathon Major. He had qualified for the 2020 edition of the iconic race with a fairly good margin.

On March 4, he traveled to North Carolina where his son’s family resides. “ I wanted to train in conditions similar to Boston Marathon. That’s why I came here much earlier,” he said.

But with every passing day, the pandemic got progressively worse. Boston Marathon, slated to be held on April 20 originally, was postponed to September 14, 2020.

“I was disappointed when the marathon got postponed to September. Still, I decided to attempt the September race. Now that has been cancelled,” he said.

At the 2019 Airtel Hyderabad Marathon, Bajrang Singh completed the race in three hours, 40 minutes and 32 seconds. The finish timing at Hyderabad helped him to qualify for the 2020 Boston Marathon with a decent margin.

“ Now I am stuck in the US and waiting for international flights to resume so that I can get back to Lucknow,” he said.

In the US, the lockdown has not been as stringent as it is in India. “ People have been moving around though large gatherings are not allowed,” he said.

Once he is back in Lucknow, he plans to attempt the virtual format of the Boston Marathon scheduled for September.

Early May Deepti Karthik, amateur runner from Bengaluru, cancelled her registration for Boston Marathon. After the race got postponed to September from April, she felt it was prudent to withdraw from the event.

“ I am disappointed that the races were postponed and cancelled. However I don’t regret canceling my registration for these events,” Deepti said.

She feels it would be prudent to let at least one year go by before people can participate in a race, especially international marathons. Amidst lockdown in India, Deepti was able to focus on strength training and engage in occasional short runs in a lane close to her house.

Now that the 2020 Boston Marathon has been cancelled, the uncertainty surrounding the event has lifted, Sunil Chainani, Bengaluru-based runner, said. “ There is disappointment but given the current situation, it is the most sensible decision,” he said. 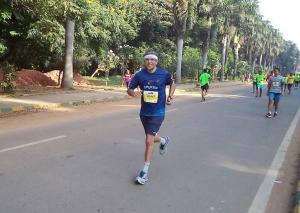 He was to run Boston Marathon for the first time, this year. In his endeavour to complete the six World Marathon Majors he has already done Berlin Marathon, New York City Marathon and London Marathon.

Sunil is yet to study the details of the virtual race. “ But it will never be the same. Boston Marathon is about the atmosphere, the spectators, the weather, the route and the pleasure of running with good runners,” he said.

He is still keen to run the Boston Marathon and hopes to manage it in April 2021, subject to conditions surrounding the pandemic. “ I would like to emphasize that I will not take any chances that are detrimental to my health,” he said.

A member of the ultra-running committee of Athletics Federation of India (AFI), Sunil kept himself engaged during lockdown with fitness activities including strength training and various challenges. With lockdown norms easing in Bengaluru, Sunil has been able to step outside for his early morning run. 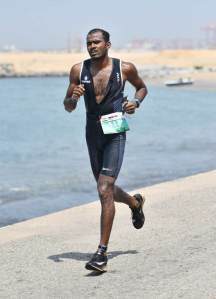 Mumbai-based triathlete, Nihal Baig, was to attempt Boston Marathon for the first time in 2020. He may now consider attempting the virtual race as a challenge to himself.

“This is probably the first time Boston Marathon is getting cancelled,” he said.

During the lockdown, he was able to run within his housing complex. It gave him a loop of 1.5 km and an extended loop of three kilometers. “ The longest run I have done so far is 28 km. I have managed with hydration for these runs. But to run a marathon, I may need gels,” he said.

By September 2020, which is when Boston Marathon’s virtual race is slated for, the situation surrounding the pandemic would have hopefully changed for the better.

A triathlete, Nihal was also able to do intense cycling workout at home. “ But I have not been able to swim because all pools are shut,” he said. He has enrolled for Ironman 70.3 Goa, slated to be held in November this year.

“ Most of the Ironman triathlons around the world have been cancelled or postponed. So far, there is no word on any change from the Goa Ironman event,” he said.

Ashoke Sharma was to commence training for Boston Marathon in June coinciding with the easing of lockdown norms in Gurgaon, where he stays.

“ With the cancellation of the race, I don’t have to do any intense training for some time,” he said. He had enrolled for the 2020 edition of Boston Marathon after qualifying for it. “ I plan to register for the 2021 edition of the marathon depending on how the situation surrounding the pandemic pans out,” Ashoke said.

“ I was mentally prepared for the cancellation,” he said. This was to be his first attempt at the event. He has already finished Berlin Marathon, London Marathon and Chicago Marathon among the six World Marathon Majors.

He is not sure about signing up for the virtual race. “ In September, the weather in Gurgaon is not very pleasant,” he said. During the ongoing lockdown, Ashoke has been doing home-workouts including cycling.

For Kumar Rao the 2020 edition of Boston Marathon was to be his third outing at this marathon. “ I was expecting the cancellation given the situation,” he told this blog from Bengaluru, where he resides. Kumar has also registered for the 2020 edition of New York City Marathon.

“ My plan now is to train for the virtual format of the Boston Marathon. I have been running on my treadmill, clocking a distance of 50-60 km per week,” he said. Kumar has also been doing other workouts to maintain fitness.

He is keen to explore virtual races. “ I would like to do some virtual races to keep the motivation going,” he said. By September when the Boston Marathon virtual race is scheduled to be held, the pandemic scenario may have altered, he said.

Five years ago, Murthy R K quit his high paying corporate job to focus on training and securing qualification for the Boston Marathon.

“ I am really disappointed that the event has been cancelled. For the past five years, I worked really hard to qualify for this marathon. A lot of hard work has gone into meeting the qualifying time,” Murthy, an amateur runner from Bengaluru, said.

“ I attempted the Mumbai Marathon five times to get my Boston qualifying time,” he said.

Qualifying for the Boston Marathon is a “ major achievement,” according to Murthy. “ It was the most satisfying experience,” he said.

He is very keen to run the virtual format of the race. “ It will be a prestigious and historic experience doing the Boston Marathon’s virtual race,” he said.

A coach now, Murthy has been busy with home-based fitness activities, training individuals and groups on various elements of fitness.

“ I have not stepped out for a run during the lockdown phase. With norms easing, I may commence running outside,” he said. Murthy is averse to running inside apartments as it could lead to injuries.

Among the six World Marathon Majors, he has already completed New York City Marathon, Chicago Marathon and Berlin Marathon. “ I am not keen to complete all six WMMs. If I am able to do it through qualification I will go for them,” he said.