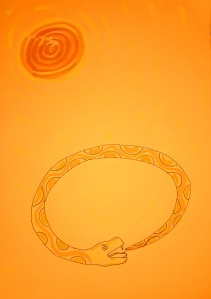 I know it is Thiruvananthapuram. But for the heck of these musings, let’s keep it Trivandrum in the title for that is what the city was called years ago; the start line from which my generation commenced its journey. Vignettes and thoughts from a recent visit:

From deluge to frying pan

At his house in Thiruvananthapuram, my uncle told me of a video his son sent him. It was shot in Chicago, during the extreme cold weather caused by polar vortex. In it, a cup of water is thrown up in the air. It transforms to a shower of ice in no time. I remembered this well into my regular morning run in Thiruvananthapuram. The predicament around was abject opposite of Chicago’s cold. It was a few days into March 2019 and Kerala, still bearing scars from the floods of 2018, was officially into heat wave.  From extreme rain, the state had swung to unbearable heat. With humidity also in the mix, the resultant brew wasn’t pleasant by any yardstick. Advisories had been issued by the state government urging people to stay hydrated and avoid working in the open during hot afternoons.  Sweat is familiar companion on runs in Kerala. But the run to Kovalam from home in the city went a bit beyond that. Heat overall and straight, monotonous road in parts – that’s how the bypass leading to Kovalam was. It brought spells of boredom. Good thing was, the struggle made breakfast on the beach well earned. After days of such warm weather, we had a slightly overcast evening. Early next morning as my daily run entered its concluding phase, an excuse of a rain drop made its presence felt. It seemed the reverse of that story from Chicago.  Once was rain drop. Somewhere along its passage through hot atmosphere, it vaporized to excuse. For a while it rained excuses. Despite drizzle, the road betrayed no sign of wetness. As Bob Dylan sang: the times, they are a changin’. Yet Kerala marches on; its priorities in life, consumerism, social attitudes and lifestyle declining to acknowledge the changes afoot. From weather to environment, demographics and remittances from overseas – there are impacts felt or due to be felt. An hour later, runner and excuse of rain gone, that narrow city road lined by myriad plots sporting individual houses within, would be lost to a flood of automobiles. Like serpent eating its tail, our habits swallow us. Thus content, we conclude: nothing has changed.

Thiruvananthapuram’s Jimmy George Indoor Stadium is right next to the local swimming pool, venue for many national competitions from years past and training ground for several promising swimmers. In his younger days, this author too had his share of time at Thiruvananthapuram’s pool aka Water Works pool. Promise, unfortunately, there was none. My swimming stayed survival-level. Early March 2019, the indoor stadium named after Kerala’s greatest volleyball player yet, was hosting an exhibition of sports equipment. On land between the stadium and the pool, was a make-shift auditorium for panel discussions and demonstrations of various sports; right next to this temporary facility was an equally temporary boxing ring. The first evening of the expo, a few boxing bouts were staged for the public to watch. A law student into boxing that I consulted for better understanding of how points are awarded told me that Kerala lagged in the senior category in the sport even as it managed to perform decently at junior level. Somehow the promise seen at junior level didn’t get carried over; there was continuity lost. He couldn’t articulate why. I asked him about local facilities to box. According to him, there was one boxing ring on the outskirts of town. College level boxers trained in improvised circumstances and before a major competition, managed some sessions at the ring for the feel of being in one is distinctive. On the brighter side, he said that Thiruvananthapuram now had a boxing club of sorts with he and interested others training youngsters in the sport. I have said this before and I say it again – few Indian cities have as many stadiums, sports facilities and synthetic tracks, all within relatively short distance of each other, as Kerala’s capital does. What we need to do is use it well and along with that, love well-rounded education more than one heavily partial to academics. To exist is to breathe life into all of one’s faculties; mind and body fuel each other. Ideally, success by career should be secondary to awareness by existence. Don’t you think so?

Kerala loves films. In my childhood, English films were regularly screened in Thiruvananthapuram. Past college, as the ascent of television commenced and programming in Malayalam gained currency, Hollywood faded at the city’s theatres. Cinema halls previously associated with English films started hosting the latest Malayalam blockbuster. For a while I was upset because there was little in vernacular content that fascinated me. Not anymore. Some Malayalam movies are now genuinely engaging and well made; among the best in India. Back in time however, Hollywood was welcome diversion from plots, contexts and characters I couldn’t relate to. Several years ago, on a visit home I was delighted to find Apocalypto running at a local cinema. Until the latest visit home that was the last movie I saw in Thiruvananthapuram. With many of the old cinema halls since converted to multiplex and spliced for consumer preference, Hollywood seemed back. Given Mumbai’s multiplexes are unaffordable on my freelance journalist-income I hadn’t seen Bohemian Rhapsody, the Oscar winning biopic on Freddie Mercury. Courtesy Oscar glory, a Thiruvananthapuram multiplex had this movie and Black Panther returned to the screen. As memorable as Bohemian Rhapsody, was a set of hoardings I found outside the cinema hall; actually across the road from it. I quote from memory. One board sported two messages: For your entertainment (arrow pointed to multiplex); for career advancement (arrow pointed to a nearby building offering coaching classes for various exams). Another board nearby announced: Extreme Coaching Classes; cautionary note below added: only hardworking-students need apply. Who said extreme is meant only for extreme sports? 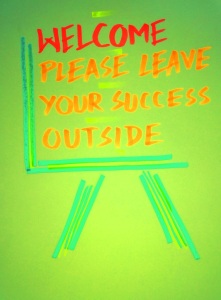 I love Kerala. I hate Kerala. Middle aged, living life as I wish and hauling my share of broken ware courtesy such experiments, I visit families only to be treated to tales of successful parents, successful children and successful grandchildren. It is typically success measured in terms of academic brilliance, intelligence, smartness, career and well settled life. In land by attributes like academic excellence, remittance economy and well settled life, the above said narrative is all over the place like a background drone. Families draw satisfaction from humming it. I sit and listen. In Kerala, this parade of success would seem a bigger epidemic than all the fevers, coughs and ailments surfacing by summer. Successful people should be happy people. Interestingly, that isn’t always so. I have a theory for it. When life is lived too much on the theme of last man standing, accumulating all the wealth required to buy your passage when world crashes, it is possible that you revel in having bolstered your chances of survival; it is also true that you acknowledge inevitable disaster lurking in the horizon. Else why would you arm yourself so with more and more money? Are you then, happy or afraid? Worse, none of the factors around raising fear of potential disaster, are addressed. As this trend grows, private fortresses become coveted shelter.

In Thiruvananthapuram, a friend’s father told me this – he had been attempting unsuccessfully to get the residents of his colony to meet up and chat. It is something everyone wants to do for there is real loneliness in successful Kerala. But as yet, the chat has remained a dream. Except one person, nobody turns up. Why? – He asked me. My analysis was simple and drawn from the distance growing between my friends and me as we age. The colony in question showed no visible sign of struggling to exist. The houses were solid, many were multi-storeyed and all houses had compound walls and gates securing them. It was the epitome of successful well settled life; very Malayali. Each plot, likely a tiny kingdom. When people emerge to meet world outside it is like ambassadors dispatched for diplomatic engagement. You are projecting image, lineage, social standing. Now, people are people. They will socialize. The problem is when they come accompanied by their success and other related baggage, including ego. Too many peacocks in one room make it a competition in preening. Who feels happy comparing and competing all the time? Park that baggage outside and the human warmth and company sought, should resurface. Life is about you, your times; your friends and what you understood of planet from your fleeting existence. Why crowd it with talk of parents, children, grandchildren, engineering, medicine, MBA, career, USA, Europe, NRI, bank account, mansion and car; none of it really you as in you in your bubble of existence? Families, dynasties and kingdoms have had their time. You have a sense of world, all your own. Revive that. That’s the challenge confronting my friends and me too. In our middle age, the ego and baggage we reaped living, does the talking. To meet person like you once did before the deliberate living began, you have to get past an entire chess board of accomplishments, avatars and accomplices.