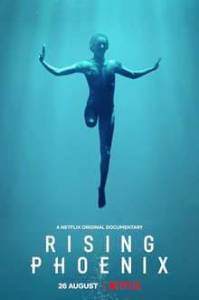 This image was downloaded from the Facebook page of the film. It is being used here for representation purpose. No copyright violation intended.

Many of us would know the name: Pierre de Coubertin.

How many of us have heard of Ludwig Guttmann?

As you learn more about it, you realize that there is practically nothing to qualify the Paralympics as less than the Olympics unless your judgement is based on notions of mainstream, normal and majority – all of which nudge imagination towards a sense of physical and mental ideal. If challenge, hard work and determination are what author great stories from the Olympics, then such attributes are equally strong at the Paralympics. In fact, challenge may be more because the athletes overcome tremendous physical and mental hurdles before they are able to perform, leave alone finish on the podium. Yet the story of the Paralympic Games and that of the athletes participating in it, have always lived in the shadow of main and ideal.

This is what makes the 2020 documentary film Rising Phoenix essential viewing for anyone fond of sports. It gives you an inside view of the Paralympic Games – its genesis under the leadership of people like the German born British neurologist, Guttmann and the struggles the organizers and participating athletes endured in their life. It tells you of the step motherly treatment traditionally meted out to the Paralympic Games by society, which saw them as a cosmetic ritual – sort of corporate social responsibility – balancing the perception of the Olympic Games instead of genuinely valuing the drive, energy and commitment of the differently abled athletes. The Soviet Union, host of the 1980 Moscow Olympics, declined to stage the Paralympic Games; it was subsequently held in Arnhem, Netherlands. More recently in the run up to the 2016 Rio Olympic Games, the Paralympic Games were nearly canceled for want of funds. There have been other similar examples of cavalier treatment – instances of the Paralympic Games held to very few spectators in the stadium – as well as islands of endearing support like the 2012 Games staged in London. The Games in London is the largest Paralympics held to date with a record 2.7 million tickets sold. At Rio too, once the Paralympic Games got underway there was tremendous enthusiasm and crowd support; over two million tickets were sold.

While the modern Olympic Games held under the auspices of the International Olympic Committee, began in 1896, the Paralympic Games – as an athletic event for the disabled, coinciding with the Olympic Games – started only in 1948, when British World War II veterans participated in the International Wheelchair Games in London. The Paralympics acquired its distinct stature as an apex championship open to those other than war veterans, only in 1960 (Stoke Mandeville Games, Rome; it is seen as the first Paralympic Games). Its Olympic year editions started being held just after the quadrennial Olympic Games in the same host city or country as the Olympics, in the years following the Rome event and more reliably so by the late 1980s. As per data available on Wikipedia, India has participated in 24 editions of the Summer Olympics to date and won 28 medals in all (it hasn’t won a medal yet in the Winter Olympics, although it took part in 10 editions). It participated in 11 Summer Paralympics (it hasn’t participated in the Winter Paralympics yet) and won 12 medals, including four gold.

Rising Phoenix is available on Netflix. Among the athletes featured in it are Tatyana McFadden (she has participated in both summer and winter Paralympics with the bulk of her medals won in the wheelchair track and field category; she has also won elite marathons in the wheelchair segment), Bebe Vio Beatrice (wheelchair fencing), Jonnie Peacock (running), Ntando Mahlangu (running and long jump), Ryley Batt (wheelchair rugby), Cui Zhe (powerlifting), Ellie Cole (swimming) and Matt Stutzman (archery). Each of them comes alive as a composite of personal story, interview and footage of training for their sport and actual performance at the Paralympics.