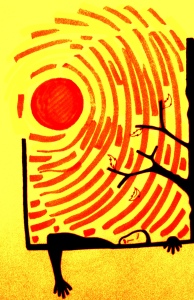 Thanks to the famous Badwater Ultramarathon, Death Valley is known to running communities worldwide.

Among the hottest places on the planet, it is a desert valley in eastern California, in the northern Mojave Desert. The Badwater Basin in Death Valley is the point of lowest elevation in North America; it is 282 feet below sea level. Death Valley is roughly 136 kilometers east-south east of Mt Whitney, which at 14,505 feet is the point of highest elevation in the contiguous United States (the US excluding Alaska, Hawaii and other offshore territories). The Badwater Ultramarathon commences in Badwater Basin and proceeds to Whitney Portal, the trail head for Mt Whitney at 8360 feet. Several runners from India have participated in the 217 kilometer-ultramarathon, considered one of the toughest events in its genre.

On August 17, 2020, the BBC reported that temperature in Death Valley hit a scorching 54.4 degrees centigrade. Subject to verification, this may be the highest reliably recorded temperature on Earth. It has happened amid a heat wave on the US west coast. There is mention on the Internet of a still higher temperature – 56.6 degrees centigrade – recorded in Death Valley in 1913. The BBC report says, some experts consider that to be unreliable data.

Death Valley is the dry desert it is because it lay in the rain shadow region of four major mountain ranges. This forces moisture laden air coming in the from the Pacific, to shed its water content as rain or snow on the western slopes of the ranges. By the time these air masses reach Death Valley there is little moisture left to grace the region as precipitation. Other factors also contribute to the dryness. They include the valley’s surface experiencing intense solar heating, the area trapping warm air, warm air from nearby regions moving in and the phenomenon of warm foehn winds. According to Wikipedia, the period from 1931-1934 was the driest on record with only 16 millimeters of rain received.