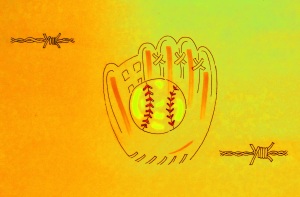 The other day I found myself thinking of the 1963 film ` The Great Escape.’

I saw it as a schoolboy. I also remember a book – it was a compilation of articles from Readers Digest – procured by my cousin’s family, which narrated the real story that inspired the movie. The film was hugely popular. For me, the bulk of its appeal revolved around Captain Virgil Hilts, the character played by Steve McQueen. I was too young to understand the gravity of war and the value of freedom. To my schoolboy brain, the act of tunneling one’s way to freedom from a Nazi prison camp resembled a cat and mouse game; an exciting one. It was another dimension added to the war comics and adventure novels that boys of that age indulged in. I loved the footage of Steve McQueen trying to escape on a motorcycle.

As I aged, the list of war movies I saw grew and my perspective became more critical. Both The Great Escape and films made so attributing a brand of smart bravery to the main protagonists, lost some of their old sheen. I began suspecting an element of playing to the box office in the film, which despite the holes critical gaze pokes in it, ranks even today among my all-time favorites.  Impressions from childhood are difficult to alter!

The Great Escape slipped into my imagination recently, in an unexpected way.

Cambridge dictionary describes the usage “ having a ball’’ so: to enjoy yourself very much. According to the website theidioms.com, “ having a ball’’ has its origin in the British culture of throwing balls (dances) in the 1900s. “ They would throw one to get to know each other in the society, show off their wealth or merely to have some fun in the times where entertainment as such, was not given priority in daily lives,’’ the website explained. If that be true, then in my opinion, that is a rather late association of the word `ball’ with fun. According to Wikipedia, the first authoritative knowledge of the earliest ballroom dances was recorded in the 16th century. On the other hand, by virtue of the fact that it moves, rolls, flies through the air and represents tremendous possibilities, the idea of ball as used in games, is older. From animals to human beings, everybody has fun with a ball. Its irresistible. Ideally, “ having a ball’’ should have originated from that simple, easily accessed fun; not some stylized dance. But then ` ideally’ is well just that and etymology is not always rooted in the ideal.

As the lockdown due to COVID-19 graduated from novelty to routine with commensurate alteration to the human experience alongside, I realized that I didn’t have a ball in the house. Given life in apartment complex, a tennis ball would have been apt. Bouncing it off the ground or a wall, while likely nuisance to the neighbors, has a calming influence. Not to mention – it improves eye muscle coordination and is, fun. Somewhere deep in the brain, a neuron fired and Steve McQueen’s Captain Virgil Hilts floated up in the imagination. Frequently dispatched to solitary confinement, Hilts – in the movie – was called “ The Cooler King’’ (cells holding just one prisoner were called coolers).  He would go in with baseball glove and ball, sit on the floor and pass his time bouncing the ball off the cooler’s wall. That’s how the movie signs off too. After most of those who escaped are killed or returned to camp, Hilts is locked up once again in the cooler. The guard, who is walking off after putting the prisoner in his cell, pauses to listen to the sound of ball hitting the wall.

This film poster was downloaded from the Internet. It is being used here for representation purpose. No copyright infringement intended.

Released in June 1963, The Great Escape became one of the biggest hits of the year. It won Steve McQueen the silver prize for best actor at the 3rd Moscow International Film Festival. Over time the movie – it was directed by John Sturges – acquired the reputation of being a classic.

In May 2006, The Guardian published an obituary for Squadron Leader Eric Foster. It noted how on the night of March 24, 1944, roughly 76 years in the past from our times lost to lockdown, Stalag Luft III near Sagan (north of Breslau, now Wroclaw in Poland) became venue of the biggest British led Prisoner of War (PoW) breakout during the Second World War. Three tunnels were dug – Tom, Dick and Harry – with Harry (the longest tunnel) accounting for 76 escapees. Three made it home, the rest were captured. Of them, 50 were killed. The story became well-known after the publication in 1951 of Paul Brickhill’s book: The Great Escape. The movie was partly based on the book. Eric Forster served as adviser to the filmmakers; he had been PoW at Stalag III but was not part of the famous escape. However the obituary mentioned at least three other attempts to escape from various PoW camps after Foster’s plane was shot down in June 1940 and he was taken prisoner. There were instances of solitary confinement. According to the obituary, he eventually faked madness and was repatriated home in 1944.

The Great Escape’s Captain Virgil Hilts is a fictional character.

Foster’s experience served as background material for the character.