This photo was downloaded from the Facebook page of Comrades Marathon and is being used here for representation purpose. No copyright infringement intended.

Over 200 runners from India are expected to participate in the Comrades Marathon in South Africa on June 9, 2019.

Indian participation at the event has been rising every year. In the 2018 edition of the ultramarathon, over 160 Indian runners had registered to participate.

Promoted as the `Ultimate Human Race,’ Comrades Marathon is an ultramarathon of 87-89 kilometers run between the cities of Durban on the coast and Pietermaritzburg at an elevation of 1955 feet.

The race, which draws runners from several countries, was first held in May 1921. The race alternates each year between uphill and downhill and between the two cities mentioned.

This year’s edition is an uphill run with runners having to complete a total distance of 86.83 kilometers in a time of 12 hours with six timing cut-offs in between. The race will start at the Durban City Hall and end at Scottsville Racecourse in Pietermaritzburg, the event’s Instagram post said.

This year’s overall registration is higher at 25,000 runners compared to 20,000 runners last year.

Comrades Marathon has been gaining popularity among Indian recreational long-distance runners over the past few years. “ Event support is good. It is a very well organized event. This time around 210 persons have registered to run from India,’’ Satish Gujaran, Mumbai-based ultramarathon runner, said.

Satish will be running the Comrades race for the tenth time in a row this June. Once he completes his tenth Comrades, he will be awarded a Green Number. Green Number runners are allowed to retain their Comrades Marathon bib number in perpetuity. 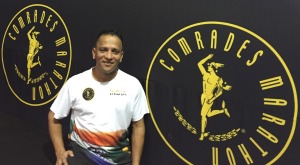 According to him, training for the ultramarathon is very important. Training starts in February with four key long runs – 42k in February, 56k in March, 65k in April and another 56k in May before the tapering phase commences.

Satish first ran the Comrades Marathon in 2010. Since then, he has not missed running the iconic ultramarathon a single year. “ In the early years it was difficult to train for Comrades because there were not many runners. Training for Comrades needs the support of other runners,’’ he said.

Given the rising number of runners, planning training runs for Comrades Marathon has become easy. “ Some 100 runners participate in training runs nowadays,’’ he said.

The crowd support, cheering, volunteering and the carnival-like atmosphere in South Africa prompts runners to come back time and again to run the race, Satish said.

“ You will find people with their families lining up all along the route to cheer and support runners,’’ he said.

Bengaluru-based runner and coach, Ashok Nath will be attempting his fifth Comrades race this time. He resorts to a lean and a short training program that entails running long distances not more than 40k. “ If you approach Comrades smartly by jogging and walking, you can complete the race without much difficulty,’’ he said. 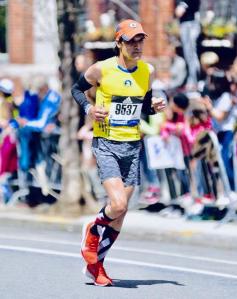 According to him, an ultramarathon has to be approached at two levels – physiological and psychological. “ If you cannot foresee running the distance in 11 hours you should not attempt running Comrades. That’s because you need to keep at least one hour buffer as anything can go wrong in the duration of the run,’’ he said.

He also suggested the option of doing a 12-hour bicycle ride as part of the training.

“ When I first ran the Comrades Marathon in 2011, there were all of seven runners from India attempting it. This year, there are over 200 runners participating,’’ said Dilip Patil, a Mumbai-based recreational runner.

He has completed Comrades seven times. He registered for the 2019 edition but will not be participating as he is nursing an injury.

According to him, there are three milestones to achieve at Comrades Marathon – you run once; run both the up version and the down version, run the event 10 times to get the green number.

“ Once you go there and see the environment you fall in love with the event. It is a test of physical and mental fitness,’’ Dilip said.