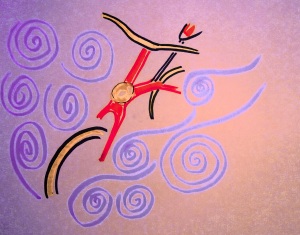 When a company that was once the world’s biggest automobile manufacturer decides to add electric bicycles to its product range, you sit up and take notice.

The business of electric bicycles is nothing new. Established bicycle manufacturers already produce electric bicycles. Within the world of bicycles, electric bicycles form one of the fastest growing segments of the market with large volumes sold in countries like China. Automobile companies have romanced electric bikes for a while now. The Internet says, BMW (which is a known brand in two-wheelers as well) has been making them since 2013.

What made this latest news item interesting is that the company in question was GM. In the twentieth century, the automobile industry was the biggest industrial sector around. The concluding decade of the twentieth century and the beginning years of the twenty first saw much restructuring in the automobile industry. It was driven by sluggish market conditions, business economics (including cost of manufacturing) and larger questions looming over continued use of fossil fuels. Detroit, once the capital of America’s automobile industry, faded. As consequences of climate change, air pollution and traffic congestion gained in various parts of the world, the industry couldn’t anymore ignore the reality it had partly contributed to. The biggest of the automobile companies of the twentieth century – indeed the biggest company in any field for a long time – was GM.  That pecking order has since altered with Toyota, Volkswagen and Hyundai overtaking GM in auto sales (data from Wikipedia). Meanwhile the world’s biggest company by revenue is retail major, Walmart; the world’s most valued company is Apple (the next four also being in the IT / digital space, in Amazon’s case, combined with retail). It is a measure of how things changed in sales, human habits and overall industrial reality. In GM’s case, the interest in electric bicycles is a consequence of thrust commenced earlier to explore electric cars. But as anyone can see, there is a lot of industrial history behind this latest vehicle, likely GM’s smallest.

Billionaire businessman Elon Musk announced recently that electric vehicle manufacturer-Tesla may look at making an electric bike. The Internet also directed readers’ attention to companies like Uber being bullish on rides offered on electric scooters and electric bicycles; in April this year Uber even bought bike-sharing start up Jump for an amount, the media pegged at around $ 200 million. Among factors inspiring these trends are environment friendly last mile connectivity and potential for digitally networked transport ecosystem, the latter in instances of bike sharing. Although they engage as relevant for today’s polluted, congested traffic environment, electric bikes have their set of problems too.  The Internet has much in-depth discussion on technical aspects and mechanical issues customers face; something engineers will enjoy wrapping their heads around. For the rest of us, I found a couple of points worth mulling over.

A bicycle is a combination of mathematical parameters (its dimensions from frame to crank, cogs and wheel size), married to propulsion and covering distance by that. When motor aids human propulsion on standard bicycle dimension (or human propulsion aids drive by motor), the resultant speed may amaze.  For humans, speed has always fascinated. There is in fact, a lot of celebration of e-bike speed one comes across on the Net. Two questions matter therein especially in the context of bicycle being simple structure at heart and capacity to tinker being hardwired into humans. How much speed can regular bicycle components shoulder without mechanical or structural failure? Second, how safe is it for all, if speed is accompanied by silence, something typical of electric motors? Clearly, just being alternative means of transport does not directly translate into a healthier, safer traffic environment. A bad driver is a bad driver, no matter how many wheels under him or what engine he uses. Further in as much as regular vehicles have messed up urban environments through congestion, the bicycle too can be guilty of it when accumulated in big numbers. But on one aspect it scores indisputably.

Pedaling – whatever be the degree of pedaling involved, pedaling in part as with electric bikes or pedaling in full as with normal bicycles – is healthy on human being. To my mind, in a reverse migration of sorts, electric bikes can be a bridge between giving up mechanized, fuel guzzling means of transport and rediscovering pure cycling. Industry though may see it just the opposite way; that’s what capital does to every equation. There’s more money in getting those on plain bicycles to graduate to motorized two wheels; electric bike is convenient bridge for that. Shortly after news of GM’s electric bike appeared, I asked a Pune based-designer of bicycles what he thought. “ I may look at electric bikes as a matter of market interest. But if I do, I would want to make it look very bicycle-like because my heart is in pure cycling; non-motorized,” he said.

According to published reports, technical details of GM’s electric bicycle are not fully available yet. The company has announced a naming contest. This blog spoke to a senior official in the Indian bicycle retail business, who had seen media reports of the GM product. There was doubt on whether the model is a pedal assisted electric bicycle or one that has a throttle-assist, in which case the bike / bicycle may move even if you don’t cycle. Websites reporting on the product have so far conjectured on their own. At least one pointed to the modest size of battery visible in product photograph and speculated that it seemed a pedal-assist.

Meanwhile for those on plain bicycle – non-motorized two wheels – life remains simple, as always; till world around decides to make it otherwise.