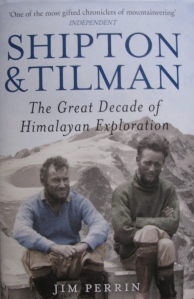 The day I went to interview Jim Perrin, I forgot to bring my camera.

Unusual for mid-February, it had rained. It felt like early September, the relatively weak, tapering part of monsoon with grey sky and reluctant sun. In his room at the Royal Bombay Yacht Club, Jim sat facing the rain tinged light of the window. Beyond it was the road leading to the Gateway of India. The light filtering in graced the room, built big to colonial dimension and still preserved in the old style.

Jim rested his back on one armrest and slung his legs over the other. He recalled his life writing about climbers. In that borderland of writing and climbing, one of the things he ended up doing was writing obituaries. He wrote many.

Then, there are those three books, conceived long ago as a trilogy, each representing an influential person or phase in British climbing.

John Menlove Edwards the subject of the first book in the series had been a gifted rock climber and writer. Don Whillans, the topic of the second book in the trilogy, personified the gate crashing outsider. Until then, mountaineering had been the preserve of an elite, class conscious imagination. Whillans gate crashed the party but the very force that made him would also be his undoing. Jim, a rock climber in his younger days, knew Whillans. The overcast sky dispatched a pool of diffused light to where Jim sat. I tried my best to focus on Jim talking but my mind couldn’t help regretting the photograph of writer in that room, missed.

Few hours after our chat, Jim received the Kekoo Naoroji Award from the Himalayan Club, for his third book – the last of the trilogy – on the remarkable partnership between Eric Shipton and Bill Tilman. In India, the duo are best remembered as explorers of the Himalaya, two mountaineers who worked together to fashion an approach to the iconic 7816m-high Nanda Devi. That peak is the heart beat of Kumaon. In August 1936, Tilman and Noel Odell would become the first party to summit the peak. Although he partnered Tilman in finding a route to Nanda Devi (it sits well guarded by a wall of other high mountains), Shipton had opted for Everest, when this eventually successful expedition came by. He never reached Nanda Devi’s summit. But Shipton-Tilman was more than Nanda Devi.

Mountaineering is a harsh sport. Sure there is what nature throws at you. But there is also the mix of personal ambition and high adventure through natural hazards faced, which forces an evaluation of self and others that is heartless and very often, the stuff of anger, regret and acrimony. Egos clash. Teams break up. Many times, friendship and break-up have happened all in the space of one expedition. Shipton-Tilman was different. Their friendship endured and even after the two men – each quite different from the other in terms of character and yet somewhere similar – stopped climbing together, they maintained their mutual respect. For many Indian mountaineers in their middle age now or past it, Shipton-Tilman is the ideal. Further their legacy is in a class of its own. The books they wrote together and separately are considered classics of outdoor writing.

I read my first Tilman in my forties much after the world of climbing had been invaded by modern media leading us to believe that nobody told climbing’s story as well as we did. That’s the mark of our times. Reading Tilman was an invitation to correct such arrogance. His writing engaged and the imagination in it captivated for the questions it posed and the style it adopted so many years ago. It was humbling. 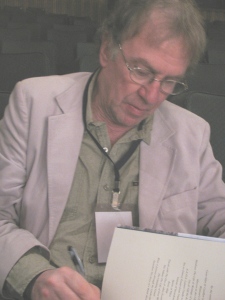 Core to the world of mountaineering and aside from their lasting partnership, Shipton-Tilman are remembered for a couple of other reasons. First, they are among the last classical explorers of the Himalaya and the exploration of a route to Nanda Devi was one fantastic story. Second, while the mountaineering style between the great wars of the twentieth century endorsed both the ideals of empire and climbing in military style-expeditions, this twosome ventured forth in lean teams, interacted with the local people and lived off the land. Today we call such lean climbing – alpine style ascents. The British mountaineering establishment of the days when Shipton-Tilman climbed couldn’t gauge the potential impact of their style, till fault and criticism progressively caught up with the practice of giant expeditions. As empire faded, so did the reverence for old siege and assault styles. But Shipton-Tilman lived on as `alpine.’ From a writer’s perspective, these two men pose a unique challenge. Despite books they wrote and books about them, there is little providing insight into their formative years. In their accounts, both men don’t indulge this angle. In reality, Shipton’s childhood and youth are relevant to understand him as is Tilman’s military experience during World War I. One took his chances with women; the other was called misogynist. Jim tries to explain the two characters well, with detailed research and at times, educated guess based on personal knowledge. For instance – he knew Tilman.

After approximately a third of the book read and the rest skimmed through to confirm its flavour, Jim Perrin’s book came across as a study. It is not the typical climbing story. The narrative of the Shipton-Tilman climbs is already out there. Jim’s is a writer’s journey into their separate stories, their separate characters, their association as a team and what they possibly meant in their writings (Jim puts it in perspective). It is also therefore a book based on many other books. So, more than climbing, it is literature and scholarship, a valuable insight into the greatest partnership in mountaineering. According to Jim, the book had been thirty years in the making. Asked why he restricted himself to writing on British climbers, he said that he preferred to write on subjects he knew. To me, that’s one more reason as to why Jim’s book matters.

When we finished chatting and it was time for lunch, I recommended a well known upmarket restaurant in Colaba. He agreed to it but then asked, “ Can I get aloo paratha?’’ So we ended up in a decidedly less expensive place, filled with chatter, tea and Indian food. Days later as I started reading Jim’s book, I noticed how it began with deep appreciation for the aloo paratha and tea he had enjoyed, at a dhaba near Gaumukh.

(The author, Shyam G Menon, is a freelance journalist based in Mumbai)